'Irrevocable commitment to any religion is not only intellectual suicide; it is positive unfaith because it closes the mind to any new vision of the world. Faith is, above all, openness - an act of trust in the unknown.' - Alan Watts
1 Comment Posted on April 26, 2017 Internet Governance, Tech 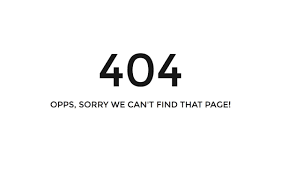 After close to three months without Internet access, last week the Anglophone regions of Cameroon finally saw the lifting of an Internet ban that was imposed in January in response to anti-government protests in that country. It is estimated that Cameroon realised close to US $5 million in economic loses attributable to the shutdown. Cameroon is just the latest victim of what’s becoming a real scourge particularly on the African continent. We have learnt that in 2016 alone, there were at least 56 documented Internet shutdowns, and the number keeps growing.

That any government can get away with such a move amidst campaigns to #KeepItOn and #BringBackOurInternet is an indicator of how far we still have to go in terms of locating effective methodologies for stopping intentional state-sanctioned internet disruptions.

There have been various campaigns calling on governments to respect freedom of expression and leave the Internet alone. The UN officially condemned the practice of Internet shutdowns and passed a resolution to that effect. The Freedom Online Coalition (made up of 30 governments) also issued a joint statement condemning state sponsored network disruptions. Recently, AFRINIC announced a punitive policy proposal to penalise governments and their aligned entities for implementing shutdowns, through refusing them new IP addresses. There are a number of problems with this latest proposition, least of which is the fact that ultimately innocent citizens may end up paying the price.

The reality is, there have so far been no measures that have successfully prevented errant governments from executing mass web blockades.

In the dialogues against Internet shutdowns, what I often hear being put forth as the main argument to use against errant governments is the issue of the economic costs of shutdowns. The Brookings Institution estimates that Internet shutdowns in seven surveyed African countries in 2016 alone resulted in losses of up to $320 million.

The only problem is, clearly many governments do not care about that. Stances taken by governments like that of Cameroon and a few others show that economic loss is not a sufficient deterrent. A lot of government officials do not understand the Internet, including those that regulate it. My government in particular has never been deterred by the thought of making decisions that are potentially economically disastrous, and has itself historically introduced suicidal policies that have sabotaged or nearly sunk the economy before.

In case you don’t know a lot about Zimbabwe, here is a brief chronicle of a few past events that will make the cost associated with Internet shutdowns pale in comparison:

I could go on, but you get the point.

So. Basically the economic argument wont cut it.

What else is there? This is a genuine concern because Zimbabwe goes to the polls in 2018. The election fever is already starting to be felt. Our government has been watching and learning as the likes of Museveni and Biya among others have gotten away with shutting down the Internet with great impunity. We can realistically expect that this might happen around Zimbabwe’s 2018 plebiscite. After all, the government did experiment with a partial shutdown around the July 2016 nationwide stay-away…

At RightsCon this year, I seem to recall a brief conversation that was had about finding useful ‘alternatives’ other than internet shutdowns, that could be suggested to governments keen to address the specific challenges that have previously necessitated intentional network disruptions (e.g preventing examination cheating, or maintaining the peace in the face of public protests). Perhaps we are better off concentrating our energies on that versus the usual ‘bland statements that have shown to have little or no effect’ as described by AFRINIC in justifying their denial of IP addresses proposal.

Last month I attempted to explain some of the confusion surrounding the Internet Governance Forum (IGF) situation in Zimbabwe. Few weeks ago I had the privilege to participate in the 10th annual global IGF that took place in Brazil, whose overarching theme was: ‘Evolution of Internet Governance: Empowering Sustainable Development’.

The opening ceremony at the global IGF was, as expected, replete with endless speechifying, which was surprisingly not boring. Among the 20 or so individuals that delivered speeches was South Africa’s Deputy Minister for Telecommunications and Postal Services, Professor Hlengiwe Mkhize. She spoke at length about something I have heard about before: the ambitious ‘South Africa Connect’ project to roll out fibre across the entire country as well as her government’s concerns about the void being created by the lack of an international instrument that deals with cyber security.

I momentarily had the bleak and depressing realisation that I seemed to have a better appreciation of South Africa’s plans for Internet governance versus my own country.

I have honestly heard Ms Mkhize and others in her ministry take advantage of whatever opportunity they get to speak, to elaborate their country’s priorities in different spaces, and the messages are consistent.

I cannot say the same for our Zimbabwean comrades.

No representative from Zimbabwe gave a speech at the global IGF.

It seemed that there were no high-ranking officials representing our country at this important event, which I thought was a little strange because earlier in September this year, ICT Minister Supa Mandiwanzira had attended the Africa IGF in Addis.

But I had the whole week to find out.

By the end of day one of the IGF week, I had established that a couple of influential individuals in the Zimbabwe Internet governance space were present.

There was the Principal Director in the Ministry of ICTs in Zimbabwe, Mr Simon Cosmas Chigwamba. Dr Gilford Hapanyengwi, Chairperson of the ZIGF advisory group was also there together with Postal and Telecommunications Regulatory Authority (POTRAZ) representative, Bonnie Mtengwa. I also spotted Mr Marufu Chigaazira, who currently works with the Communication Regulators Association, CRASA. 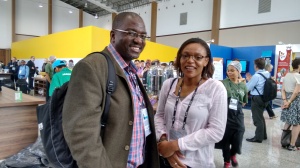 With Dr Hapanyengwi at UN IGF 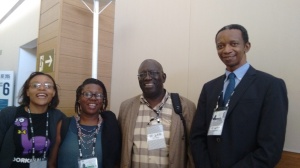 Since none of these individuals were scheduled to make speeches or to speak on any panel throughout the entire IGF, I used a few tea breaks to seek clarity on a few burning questions.

This is something I had been trying to establish well before the global IGF, because I imagined that such would inform most of the conversations I would be interested to participate in at the IGF. 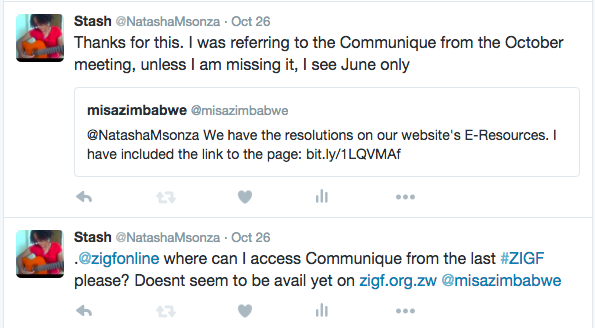 On 19 October this year, POTRAZ held what they described as the country’s first and ‘official’ national Internet governance forum.

Because the various stakeholders in attendance worked to identify key Internet governance issues around themes such as internet and human rights, governance standards; openness; inclusivity and diversity and cybersecurity; it made sense that the main outcome of that meeting would be a curated communiqué on among other things, the national priorities that would ideally be used as points for discussion in regional and international internet governance forums.

To date, no such communiqué exists.

The little updated Zimbabwe Internet Governance Forum (ZIGF) website still only has just the one communiqué from the June meeting that established the mandate of the ZIGF. So unless one attended the ‘official’ ZIGF, it is difficult to get a sense of where we are going as a nation, where Internet governance issues are concerned.

I am keeping fingers crossed that the communiqué will be posted and shared publicly at least before the Southern Africa regional Internet governance forum (SAIGF), because the issues that will be discussed there include some of the themes discussed at the official ZIGF. It would be good to know where we stand on what issues in the regional discussion.

Needless to say I did not get any straight answers from both Messrs Chigwamba and Hapanyengwi, and frankly I do not entirely blame them. The October ZIGF though noble, was a little rushed and did not seem well coordinated or thought out. It also took place well after the Africa IGF, and it was hard to see what process was leading where and for what.

What makes things even more interesting is the fact that the SAIGF is only taking place this December.

Clearly there are some planning and/or coordination issues here. But then I also heard about funding challenges affecting the timely implementation of the SAIGF.

Nevertheless, I also asked if there was any update on the status of the revised Zimbabwe ICT policy, and was informed that it is still under final review by the Cabinet before tabling in Parliament. I kept to myself the concern that this policy has been a long time coming, and at this rate, might be overtaken by events to the point of being obsolete by the time it is finalised.

Some of my main observations from the global IGF experience were that representation of ‘African’ positions in the various platforms was very limited, even though there were a lot of African participants present.

The limited representation of African positions in my view is reflective of poor strategy at regional level, especially when considering that the SAIGF failed to take place before the global IGF.

This is not however to say that a joint Africa position on Internet governance is possible, although this would be worth exploring.

Whatever the case, I think that coordinated approaches are necessary in the future, perhaps with aggregated topics to give participation in different spaces some meaningful direction.

The Africa IGF produced a fantastic sounding outcome document that I am not sure how widely disseminated it was. It probably has some good fodder for reference in the SAIGF.